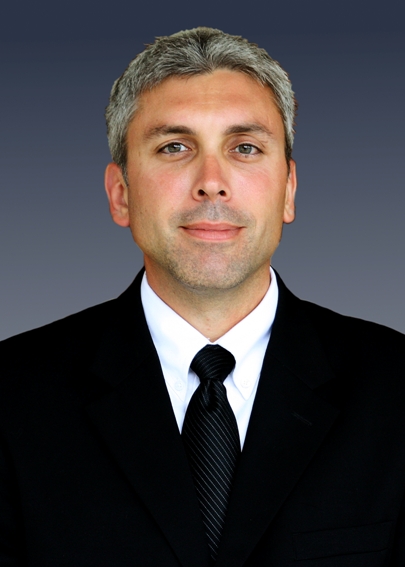 Pastor Kaiser has faithfully served at McGregor Road Baptist Church for nearly twenty years. He is supported in the ministry by his wife, Dana, and children.

I was raised Catholic and attended church pretty regularly until my parents were divorced when I was 10 years old.  My mother met a man, who offered to let us come live with him.  Since we were having financial difficulty, my mother agreed, and we moved from the suburbs into the inner city of Akron Ohio.  My mother had to work a full time job to support us, which left my brother and I home alone a lot.  As you can image, we found ourselves getting into much trouble.  For survival reasons I sought to fit in, which involved me in many activities, of which I am not proud of to this day. I somehow made it through High School, and my mother put pressure on me to go to college, so I chose to pursue education in the field of aircraft mechanics. After graduating, I sought to be employed at ATA Airlines.  After gaining employment I moved to Indianapolis, Indiana.  I became successful in my career, but still had emptiness in my soul. Three years after living in Indianapolis, living the fast life but hurting inside at the same time, I met a girl named Dana.  She asked me to go to church with her, so I went.  It was McGregor Road Baptist Church.  The preacher preached a message from the Bible that I could not get away from.  He preached on sin, and how I had sinned.  He said that one day; I would have to give an account of my life to God.  He then showed me how Christ had come to pay for my sin on the cross, and how I could be forgiven if I would repent and believe on the finished work of Jesus Christ. I liked what I heard, and believed that it was the truth, but I was still skeptical.  It was a different message than I had heard growing up as a Catholic.  I stuck around the Baptist Church with Dana, got married and involved, but I was still lost.  My heart was still empty and full of questions.  I tried to live what I was hearing, but I began to grow very frustrated.  The more I tried to do right, the more I failed!  I got very tired of living a dual life!  The Lord continued to reveal to me that I needed to repent and trust Christ for my soul’s salvation.  On September 12th, 1993, during an evening service, I came forward with a repentant believing heart, and asked Jesus Christ to save me.  I was done playing games, and I was ready to give my life to Christ, ALL of it! Since I have been saved, I have hungered for the Word of God.  While still working at ATA, I enrolled in a local Bible College so I could learn the Bible more quickly. As I learned, the more I began to understand, and one by one God began to answer all my questions!

God has given me life, purpose and meaning!  I am so thankful for God saving me! John DeKruyter is supported in the ministry by his wife, Angie, and seven children.

I grew up in a Christian home. My family attended church faithfully. From my earliest memories I was taught to read the Bible. When I was three years old I made a profession of salvation. As I grew older, my desires turned toward myself. I was still a good person, on the outside. I knew the difference between right and wrong. I made good choices. I never smoked, drank alcohol, or did drugs. I went to church youth camp every year, and made a lot of commitments to be a better person, but I only did it to please others. On the outside, I was a “good person,” but on the inside, I only desired to please myself (Ephesians 2:3). I tried to show everyone else a beautiful marble exterior, but on the inside,  I was dead, rotten, unclean, and wicked. I was a “whited sepulcher” (Matthew 23:27). When I was 19 years old, I enrolled in Bible college for the fall semester at the prompting of my Father. As I thought more about what going to college would mean, (I would have to keep up with my two-faced act) the Spirit of God began to convict me of the deception and lies I had to keep up so that others wouldn’t know who I really was. Everyone else saw what I wanted them to see, but God saw my heart (I Samuel 16:7). He revealed to me that the end of my “act” could only lead to being torn apart by despair and depression. I knew who I really was, and what I was becoming. That summer, my Dad invited me to go to a pastor’s meeting with him. I didn’t really want to go. I sat and listened to the preaching, but the God of heaven was speaking directly to me. He kept showing me the wickedness of my own heart (Jeremiah 17:10). I realized that I had become a god unto myself, determining my own absolutes; in contrast to a perfect, righteous, holy, and just Creator, who loves me, and only wants what’s best for me. He showed me all the good I’d done was what Isaiah 64:6 calls “filthy rags.” There was nothing I could do to save myself from utter destruction. All my goodness was for naught. All my good deeds were only good in my own eyes (Proverbs 21:2). I could never pay for the wages of my sin and rebellion against God (Romans 6:23). It was only by the grace of God, believing in Jesus Christ’s shed blood sacrifice that I would ever be saved from my sins (Ephesians 2:8-9). I had tried do things my way, without God. Now it was only he who could save me. I couldn’t wait for the preaching to end. I had to take care of it now! I fled to a quiet place, and cried out to God for forgiveness of my sins. I surrendered to his will, and repented of my pride, rebellion, and self-sufficiency.

What a great God that he should love me after all I’ve done! Now, I no longer live for myself. Instead, I love my Lord and Savior Jesus Christ, and seek God’s will every day of my life.